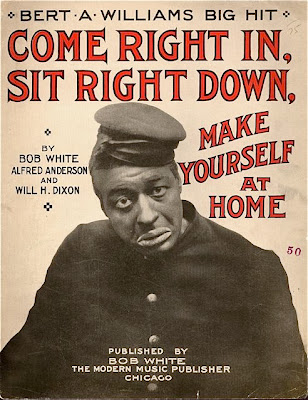 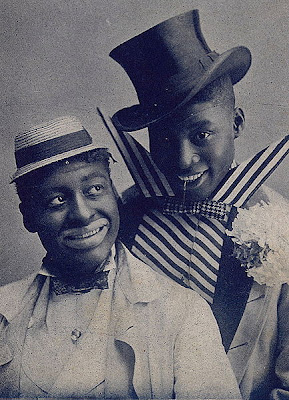 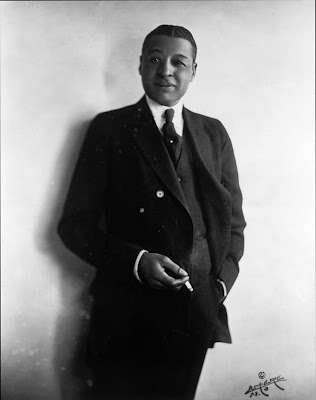 Bert Williams (November 12, 1875 - March 4, 1922)
Egbert Austin Williams, was the pre-eminent Black Entertainer of his era and one of the most popular comedians for all audiences of his time.  He was by far the best -selling black recording artist before 1920.
Williams was a key figure in the development of African American music.  In an age when racial inequality and stereotyping were an accepted part of life, he became the first black American to take a lead role on the Broadway stage, and did much to push back racial barriers during his career.  Fellow vaudevillian W.C. Fields, who appeared in productions with williams, described him as "the funniest man I ever saw-and the saddest man I ever knew".
Williams was born in Sweetes, Antigua, and at the age of 10 was brought to New York City by his parents.  From New York City the family moved to Riverside, California, where Williams graduated from Riverside High School.  He later went to San Francisco, intending to study to be a civil engineer, but instead joined a minstrel company known as "The Mastoden Minstrels", which played the lumber and mining camps of California.  In 1893, in San Francisco he formed the team of Williams and Walker, his partner being equally celebrated straight man George Walker.
Posted by Cedric Smith at 3:20 PM

Email ThisBlogThis!Share to TwitterShare to FacebookShare to Pinterest
Labels: Bio from Wikipedia